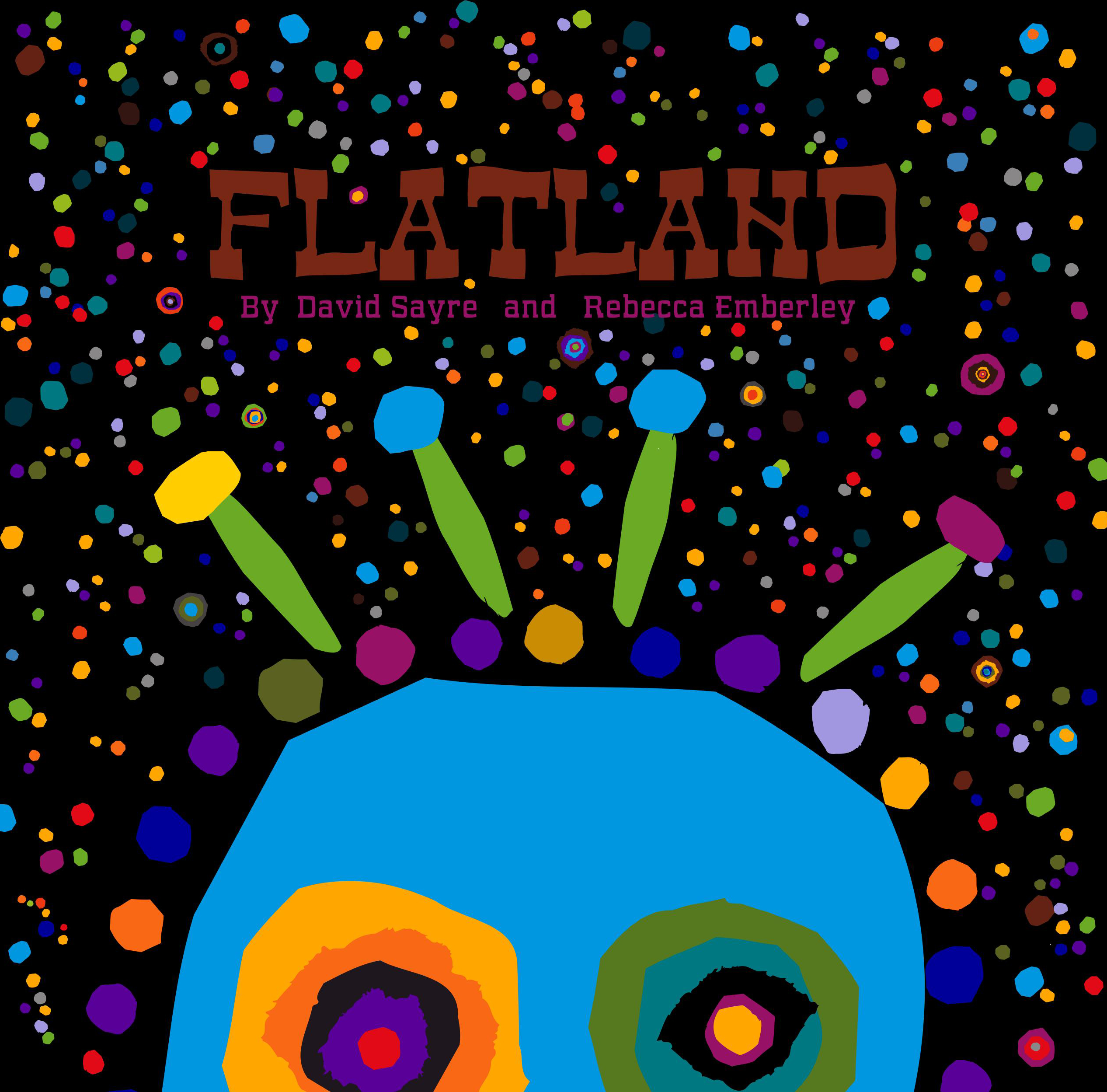 The protagonist Owuza arrives in Flatland as a speck, and gradually grows into a fully realized being. He makes friends, shares his ideas, creates beautiful things with them, and learns to love. Then, without warning, Owuza is gone. His friends look all over for him, and find him in an unexpected place.

Fans of Rebecca Emberley’s artwork will recognize the effective design of colorful scenes (as if from roughly cut pieces of construction paper) from her earlier books, like Chicken Little and There Was an Old Monster.

Flatland is a touching tale that can be enjoyed by both kids and adults. It won a “Recommended” badge from the Parents’ Choice Foundation. The publisher, Two Little Birds, a small hybrid press co-founded by illustrator Emberley, admirably donates a book to a child for every book they sell.”

Something There Is: Seeking a Rational Faith for Our Children In this … END_OF_DOCUMENT_TOKEN_TO_BE_REPLACED

Something There Is: Seeking a Rational Faith for Our Children Reviewed by … END_OF_DOCUMENT_TOKEN_TO_BE_REPLACED