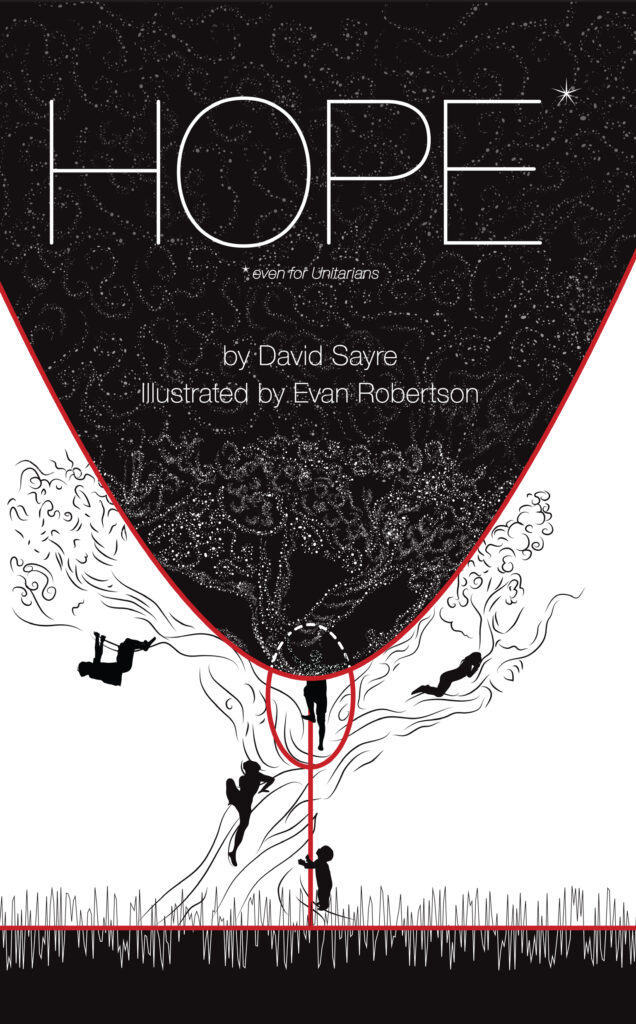 To order David’s books from Pathway:
Hope…Even for Unitarians

About the Author and Illustrator

David Sayre (Dayton) works full-time developing “microgrids” in low-income neighborhoods. He has been called the “father of the industry” at national energy services conferences, has patented and published techniques of communication and energy efficiency that anticipated today’s cell phone networks and energy-saving industry, and formed a dozen companies―profit and nonprofit―around these two sciences that displace “entropy.”

Evan Robertson is a self-taught illustrator living in Bucks County, Pennsylvania, who focuses on bringing great language to life. As a student of classic literature at Yale and of drama at the Juilliard School, he is inspired by beautiful language that has stood the test of time. He has partnered with the Library of Congress, the Museum of Modern Art, Penguin Random House, Doubleday, Abrams Books, Barnes & Noble, and Indigo Books. His work is available through his creative studio, Obvious State (obviousstate.com).

Something There Is: Seeking a Rational Faith for Our Children In this … END_OF_DOCUMENT_TOKEN_TO_BE_REPLACED

Something There Is: Seeking a Rational Faith for Our Children Reviewed by … END_OF_DOCUMENT_TOKEN_TO_BE_REPLACED